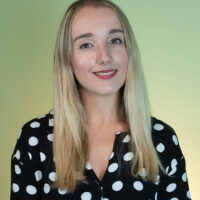 Francesca is a German teacher. Hailing from Germany and Greece, she has lived in Berlin and Thessaloniki and grew up with both Greek and German native languages. After graduating from the German School of Thessaloniki, she pursued her desire to immerse herself in the teaching of the German language: she studied at the Department of German Language and Literature of the Aristotle University of Thessaloniki, while doing internships and attending seminars at Goethe institute. She then completed her master’s degree in European Literature and Culture, also at the Aristotle University of Thessaloniki. In recent years she has devoted herself to teaching German to children, adolescents and adults, trying to bring them into contact with the magic of learning a new language and their acquaintance with German-speaking culture. 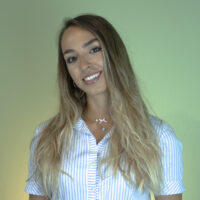 You can find out more about which cookies we are using or switch them off in settings.

This website uses cookies so that we can provide you with the best user experience possible. Cookie information is stored in your browser and performs functions such as recognising you when you return to our website and helping our team to understand which sections of the website you find most interesting and useful.

Strictly Necessary Cookie should be enabled at all times so that we can save your preferences for cookie settings.

This site uses Google Analytics and Facebook Pixel to collect anonymous information, such as the number of visitors to the site and the most popular pages.

Please enable Strictly Necessary Cookies first so that we can save your preferences!